The Silence Before the Storm

Lent
It was last week Thursday and Lent was feeling dry and monotonous. I had committed to daily prayer and no day-time television. Each day, I had fulfilled my prayer time and had chosen books and music rather than TV.

Embracing Silence
While I pondered and prayed I felt a nudge to embrace more silence. This idea was terrifying for me. I had a rough time a couple of years back and although things were better, being left with my broken self before Jesus for more silence felt crippling.

My prayer time over the last few years had been consistent but it had been a brutal discipline that I fled from after my daily commitments were fulfilled. More quiet during Lent would mean more listening and more space with no escape. But I decided to try it.

With moans of frustration I mentally prepared myself for one week of silence. No television, no books, no music, day or night.

Monday passed in aggravation and Tuesday nearly broke me. On the outside, all was silent. My home was silent. I was silent. Inside was different, inside I was a mess of thoughts and emotions that were pulling within me like an unkempt weed from which I could not become free.

Perhaps it wasn’t Jesus who was so terrifying in silence but rather what was revealing itself in me.

I had been up most of Tuesday night engulfed in thought. I pondered Jesus calming Peter in the garden and Jesus speaking with Pilate. His quiet humble confidence bubbled up from within Him. Jesus could so boldly be His genuine self and then let the chips fall where they would fall.

Exposed in the Silence
In the quiet I looked at my own center, it was exposed and it was wild and violent. Full of weeds of anxiety, fear and discontent. In silence, I could see that I wasn’t as much like Jesus as I thought I was or want to be.

The stark contrast I saw between Jesus and myself showed me how much I still needed Jesus. I didn’t just need Him to forgive my deep sin but to journey with me and pull me free from my disquieted anxiety-ridden center. I was looking straight in the face of how high the cost had been for Jesus and it was uncomfortable and I couldn’t get away from it. I couldn’t find relief, just silence.

So Wednesday, while running an errand, I determined to give up my silence. Perhaps quiet wasn’t a good idea for me, I had been wrong about the nudging, it was time to escape the bitter devastation of my condition. I drove home determined to give it up and I sighed with relief that I would be able to embrace distraction again soon. 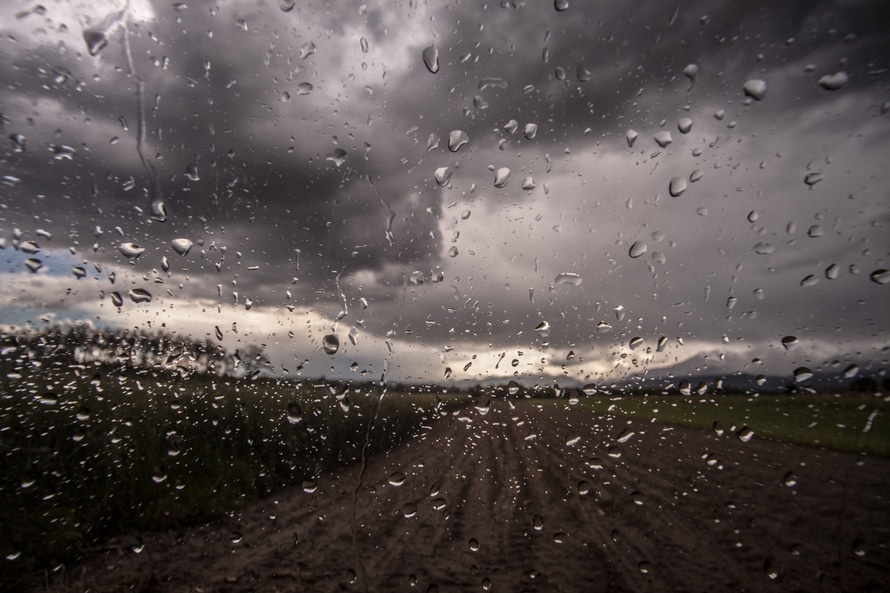 The Still Before the Storm
Then, as I drove home I noticed the sky was dark and people were sparse. There was an eerie quiet in the air. It was cool and calm and the clouds were motionless in the sky. Their dark shapes and the damp stillness made it clear that something was coming. Soon it would burst forth from the sky and rain down upon everything in its path. I didn’t know if it would come with thunder and lightning or a gush of rain, heavy and thick, but I knew it would come.

I arrived home and waited for a moment. I decided not to quit the silence just yet. Instead, I went and sat on my porch. I waited for the rain and sat in the deep of the Lenten season. The whole week felt a bit like Jesus was still on the cross and I was stuck in the gloom and sadness of my brokenness.

I just wanted Lent to be over.

This fasting had shown me once again my deep need for Jesus. It showed me the costly grace Jesus joyfully died to impart on me. I used to understand it but, somehow, had so quickly switched from understanding the great depth of my need for Jesus to a glorified-sticker-chart of Christian accomplishment. Why did I always forget?

I was still alone on the porch. Jesus didn’t seem to be there with me. Not in a way I could understand.

Then I smelled the air and I remembered that I was waiting for the rain. I heard a few drops falling gently on the grass. Similar to the quiet before the rain was Jesus, allowing me to sit in this quiet week without showing His presence to me. But all of a sudden I knew He was there even if I couldn’t see Him.

Jesus was on the move. I could feel it. I knew Jesus was coming. Not yet, but my heart was suddenly ripe with anticipation. He was okay with the clouds brewing in my soul as I became aware of my fearful anxious center.

It’s Thursday now. The rain has come outside but I’m still waiting, however, my center is slowly calming. I’ve begun to give the lies of fear and anxiety buried deep within to Jesus. I’m preparing to make space so Jesus can rain down His truth, joy, love and light upon me. So new life can be planted in the space where I was holding those wild lies. 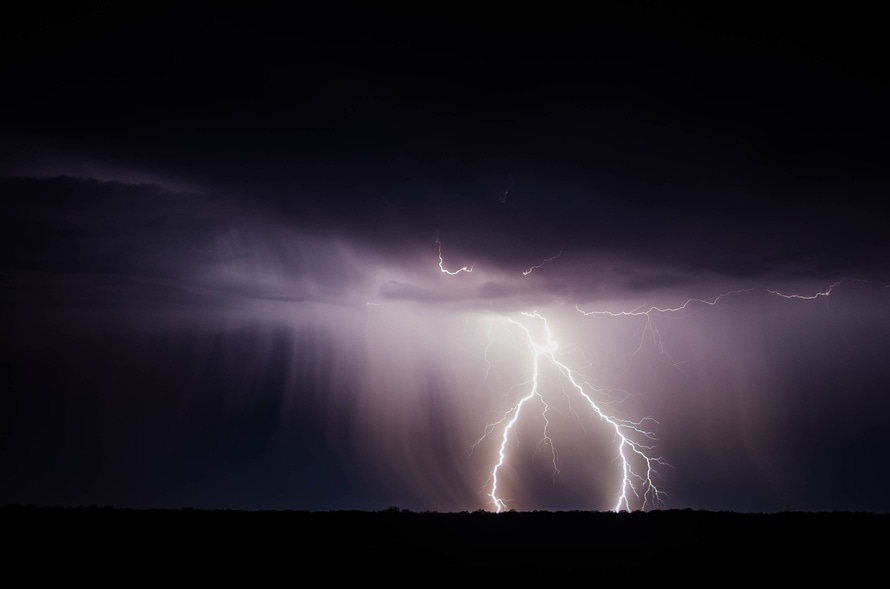 Worth the Wait
I feel Jesus is coming in more than just my life, He’s on the move in bigger ways than I can see. I don’t know what it is yet but I feel it in the air. In my heart, among my friends, and in the entire church body. It feels like we are on the edge of something.

I want to be ready more than I want to escape the deadly quiet. I’m thankful for the rain this week because otherwise, I would have missed waiting for Jesus. I would have let the lies keep growing and left them to destroy me.

I have a long way to go before that space in me is fully free at last. However, I think without the quiet, the frustrating, awful, terrifying quiet, I may have missed it all together. I’m still in the middle of this, I’m still waiting for Him to rain down.

But I think today I’m a little closer to being ready for Him to do just that.

“Is this not the kind of fasting I have chosen: to loose the chains of injustice and untie the cords of the yoke, to set the oppressed free and break every yoke? Is it not to share your food with the hungry and to provide the poor wanderer with shelter- when you see the naked, to clothe him, and not to turn away from you own flesh and blood?

Then your light will break forth like the dawn, and your healing will quickly appear; then your righteousness will go before you, and the glory of the Lord will be your rear guard. Then you will call and the Lord will answer; you will cry for help and he will say: Here am I.”

Welcome to Cedar Branch! Written By: Randa Smith. Randa loves Jesus, hubby: Barat, kids: Shiloh and Silas, decorating and repurposing. She spends the rest of her free time with her family and friends, shopping, drinking lattes and putting in as little effort as possible to stay mildly fit. Happy Reading!
View all posts by cedarbranch →
This entry was posted in A Lenten Journey - Pursuing Freedom, Jesus Stuff and tagged change, Jesus, Lent, season, Silence, Storm. Bookmark the permalink.